According to Dr. Dietrich Klinghardt, the author of the Klinghardt Academy of Neurobiology web page, the increasing spread and lethality of diseases like Lyme are very possibly related to the dramatic increase in electromagnetic fields and microwave radiation in our modern, technology-saturated society.

What does DNA stand for?

High-voltage power lines and their attendant electromagnetic fields, or EMFs, have been around since about 1907, when the invention of the disc insulator facilitated transmission of electricity  over 40 kilovolts, or kV.

Today, the highest-voltage line on record (765 kV, to be built by Allegheny Energy and AEP) runs 250 miles through West Virginia. Cell phones have been around, in their present form, since about 1990. Before that, they were too large to carry in a pocket.

Power lines and cell phones are an integral part of our modern society. I’m writing this on a PC, getting my daily dose of VLF (very low frequency; 500 Hz to 30 kHz) radiation. Outside my home, a high-voltage power line delivers ELFs (extremely low frequencies; 1-300 Hz) to power the computer. I don’t have a cell phone handy, so am spared the RF (radio frequency; 10-100 Gigahertz, or GHz) radiation.

The planet on which I live is surrounded by a magnetic field (.03-.06 gauss). Inside my body (50-300 Hz), calcium ions are prompting my fingers to touch the keys to create this text.

There is no doubt in scientific circles that EMFs affect living tissue. A study of trees shows that, in time, a tree planted near power lines “remembers” which areas have been affected by EMFs, and subsequently directs its growth away from that location.

The question, then, is not if, but how much? Since EMFs are produced when anything electrical is operating – including your microwave – scientists usually define EMFs as anything above the 4mG level.

In the human body, which uses a form of electromagnetism (calcium ion exchange), EMF exposure has been cited as the cause of headaches, memory loss, dizziness, nausea, Alzheimer’s, depression and suicide.

Living tissue has its own electromagnetic activity. Calcium causes muscles to contract, and this is an electrically mediated reaction occurring at the cellular level. EMFs are known to hinder the movement of calcium ions through the cell membrane, preventing the neurotransmitter from delivering a chemical signal to the body.

A scientific study conducted by the BioInitiative Working Group was prompted in part by observations by Colorado Public Health Worker Nancy Werthheimer, who noticed that the incidence of childhood leukemia was much higher among children who lived near high-voltage power lines.

A more recent study supports those findings. Living tissue responds to radiation, specifically RF-EMFs (radio-frequency modulated electromagnetic fields) produced by cell phones. This RF radiation alters protein expression in skin cells. That is, the affected cells exhibited proteins that were radically different as a result of the radiation. According to Vini G. Khurana, an Australian neurosurgeon, cell phones pose a greater health risk than cigarettes and asbestos.

All life on earth evolved under the influence of solar radiation and geomagnetic forces that we have learned to adapt to and in some instances even utilize, like CT scans and X-rays. In fact, some novel electromagnetic therapies have been shown to benefit stress related disorders ranging from anxiety, depression, and insomnia, to arthritis, migraine, and tension headaches.

As demonstrated in Bioelectromagnetic Medicine, they may also be much safer and more effective than drugs, so we need to avoid what one scientist described as: “…throwing the baby out with the bathwater”.

According to Dr. Klinghardt, mushrooms such as maitake and shiitake may help protect the body from the negative effects of electromagnetic radiation.

Other methods – revealed in his video – include:

Some ailments are no doubt the result of EMFs, notably a form of brain cancer. However, many are more likely the result of chemicals – many of which were not even around until a few decades ago. These chemicals have now entered all the air, water, and soil on the planet, dispersed by winds across vast distances. A little bit of Chernobyl radiation no doubt lives in your backyard.

Instead of giving up your cell phone, or your laptop, keep them at a safe distance whenever possible, and discard the disinfectant wipes and aerosol air fresheners instead. 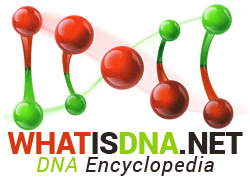 A side note, we were looking to move to an easier platform for our website like Wix and while looking for a promo code to reduce the price, the only reliable article about real Wix promo code was this one. Hope it helps someone esle too.